A Tale of Love and the Merpeople

Tired of vampires and werewolves and broken down governments? Looking for a fresh tale? Here is one magical story of love, the ocean, and merfolk! (yes, I sound like a commercial, but sometimes I can't help myself!) 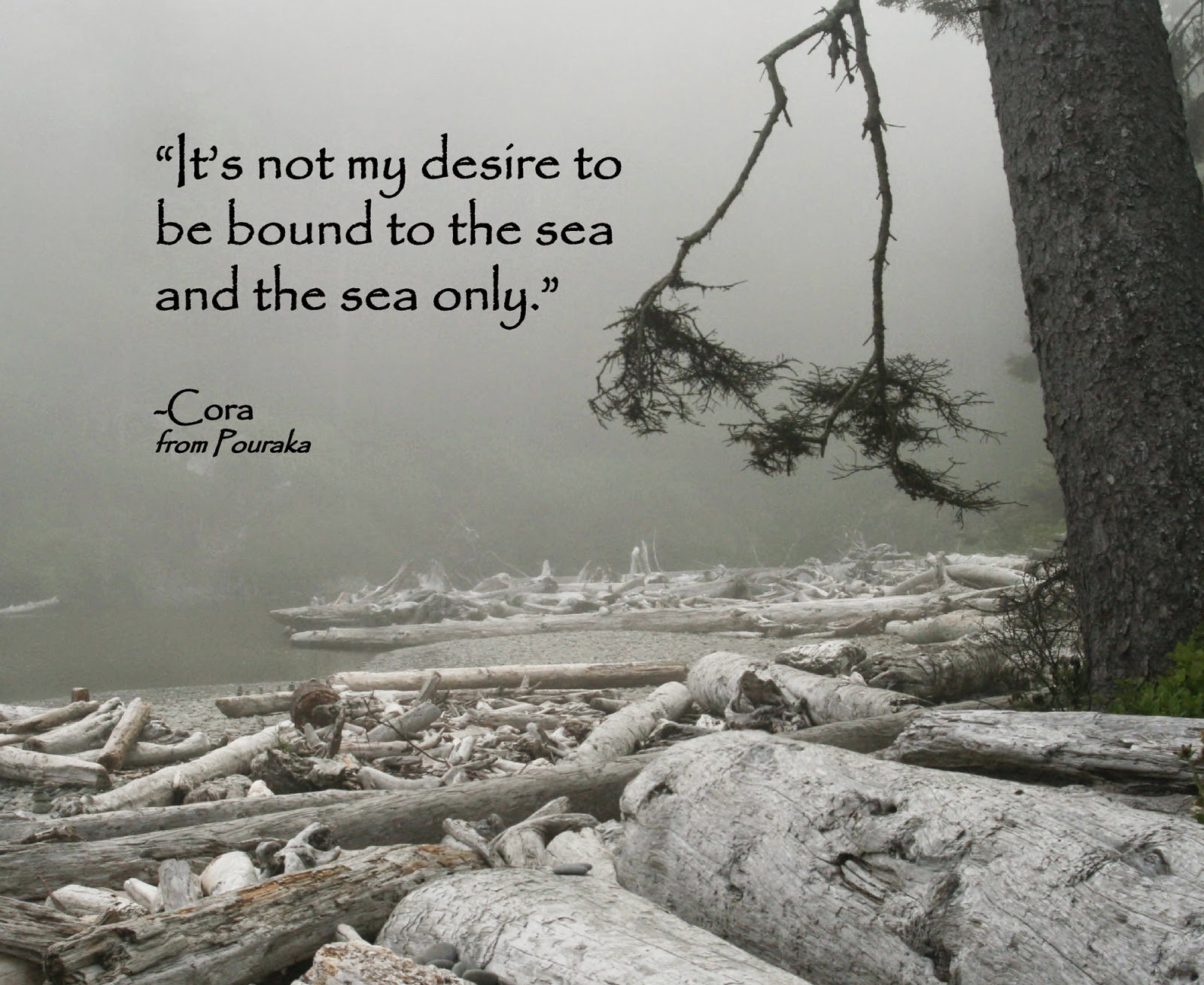 Pouraka is a magical sea cavern tucked under the rocky cliffs near Barnacle Bay. Cora, a Pouraka mer, is torn between her friends in the seaside town, and her true love Tas, a foreign mer whose people fled when men invaded their waters. Thinking Pouraka a safe haven, the merpeople soon discover that even the shores of the bay are targets for industrial expansion.Life becomes more difficult once an arrogant oil rigger's son, Tom, finds Barnacle Bay and the rich aquatic life it harbors. When Tas attempts to rescue a pod of dolphins from Tom's gill net, he is captured and taken away as a prize to be sold to a theme park. When Cora hears of his capture she changes into human form and travels south to find him, risking her life to free him. Time away from Pouraka leaves the cavern vulnerable, and a new threat arises when tourists discover its magic. 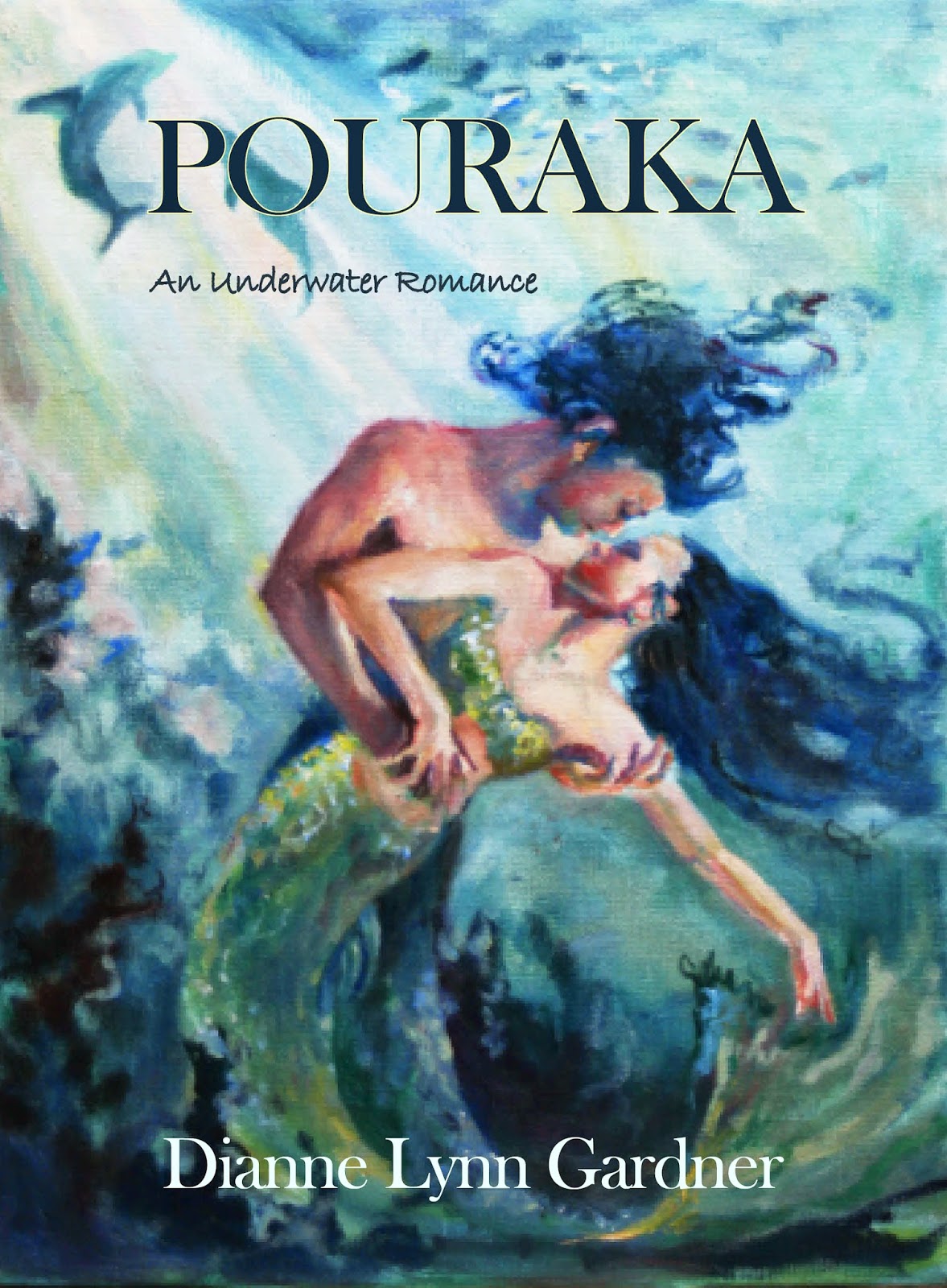 “There, there, fella!” A man leaned over Tas. “No need to get upset. We’ll find you a home soon.” The stranger shook his head as he inspected Tas, running his calloused fingers over Tas’ dehydrated caudal fin. “I swear I have never seen the likes of you before. Look at the size of those scales!”

The man laughed. “Who am I? It’s you who should be telling me who or what you are?”

“The name is Arnold. And it surprises me that you can talk. They said you were half fish but fish don’t talk.”

Tas said nothing. The lack of water drained his energy. He rested his head on the floor of the raft again and closed his eyes.

“I bet you’re wondering what you’re doing on this raft in the middle of the night.”

Tas could only breathe an answer, as his mouth was too parched to speak. “I’m dying.”

Arnold didn’t seem to hear. Instead he rambled on. “Then I’ll let you in on a little secret. You and I are going to Ocean Bend.”

Tas peered at Arnold through half opened eyes.

The moonlight cast a pale aura over the man’s balding head. Unshaven whiskers dotted his portly cheeks and his nose was scaly from sunburn. A satisfied smile stretched across Arnold’s pudgy face. He sat in the center of the dinghy and rowed with both oars, his body rocking slowly and he chuckled as he pulled and swayed. “Why in a rubber raft, you ask? Well once Tom motored to the fishing rig and saw you, he didn’t want to split the profits with the rest of his dad’s crew, that’s why. He figured he’s on to something here. Tom took me aside and said to get you to a holding tank and call my cousin pronto. The sooner we ship you to the mainland, the sooner we’ll be rich.”


Dianne never ceases to amaze me. Not only is she one fantastic artist (Pouraka cover), she is also one amazing friend. Welcome her fresh tale of merlove! Click here for more Dianne.

Sasha, the prologue on Amazon http://www.amazon.com/Sasha-Secret-Barnacle-Prologue-Pouraka-ebook/dp/B00T0NIW3A/ref=asap_bc?ie=UTF8