Have you ever spent hours upon hours of research for a book you're writing? Maybe even begrudgingly? I just want to write! Why do I need to stop and research? Even for just a single sentence?

I spoke with a library friend of mine and she said how beautiful my book will be for it. I am careful not to write in gross detail in the work as it is background knowledge, but shines through the dialogue, mentioned casually in setting as well as description.

For Musketeer's Daughter, I have spent over 10 hours on research during King Henri IV of France's reign from his favorite castle of residence to fashion, food, and weather. Castles undergo lots of construction and rebuilding as well as tearing down and sometimes it's difficult to find out just how and what and when!

Here are some discoveries I have made:

Below is the famous horse shoe staircase of Chateau de Fontainebleau during Henri IV of France's reign. The drawing was done before 1610, while the photograph of the same castle happens to be of the staircase after his son, Louis XIII, had them reconstructed (how they are today). 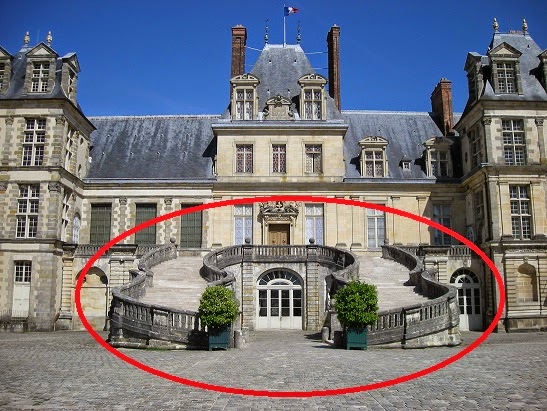 Something that I learned during my studies is that King Henri (reigned 1553-1610) commissioned a floating garden in the castle's fishing lake. Can you see it below in the the illustration? There are only a few illustrations of this garden via bird's eye view like the one below. But somehow, it mysteriously vanished in a few years' later illustration (Jacques Androuet de Cerceau in 1570--not too long after). 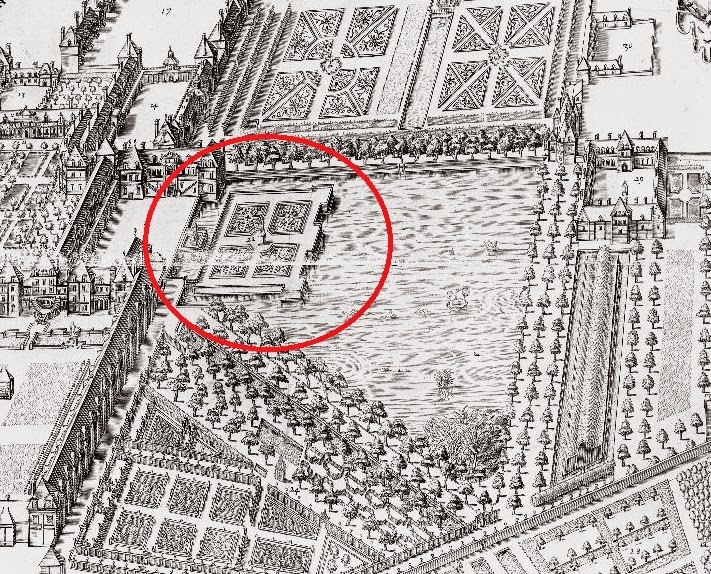 So where did it go in such a few short years?

In the modern illustrations as well as photographs, the garden is not there. I was disappointed to see it missing and wondered what had happened to it. I spent several hours more trying to unearth a record on where it went. Well, I never found such information, but a closer look via satellite showed much to my shock! 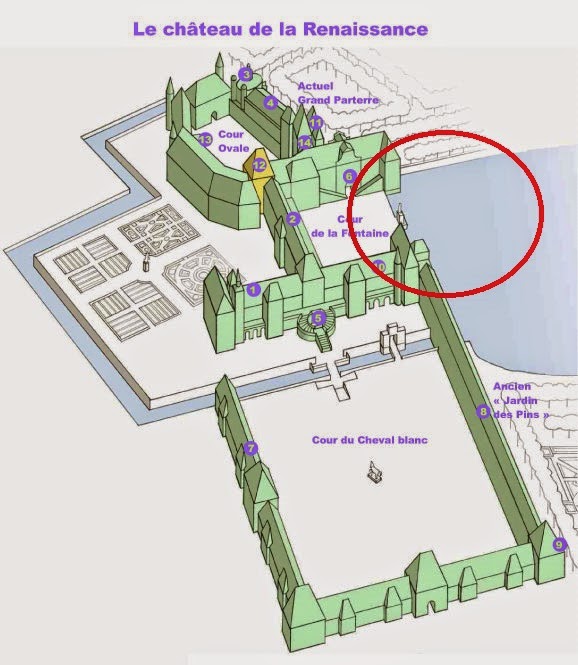 Do you see it right there (below), beneath the Lake? Yes, it sank! 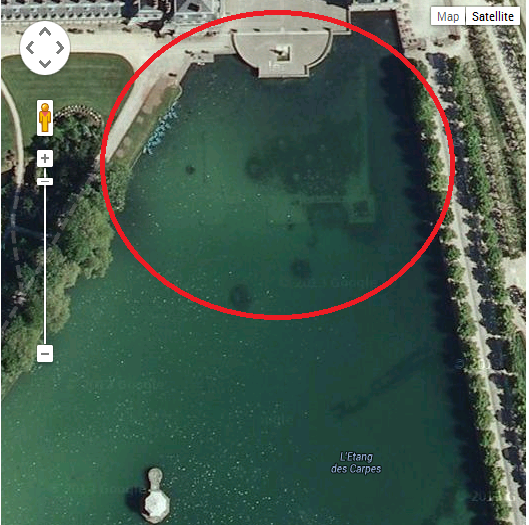 Still, after discovering where it went and how, I could not find anything about it. Surely the people were scared that something so solid and well-used had sunk right before their eyes? Maybe someone had it destroyed because it was too dangerous or was just spiteful, and thought it not worth recording? Who knows... There is more out there and wish I could find the records.

What sort of interesting facts have you found while researching?