In Honor of all Pioneers 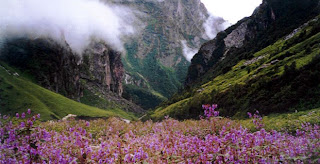 This post is in h0nor of those who have suffered, endured and died for their cause. It is also in commemoration for the pioneers who settled Utah July 24, 1847.

It would be foolish for me to say that not every believer in his/her own setting of religion had not suffered some kind of persecution.

Christ and His followers: Crucifixion of Christ. *The twelve apostles were martyred.

Joan of Arc: (1412) She followed the visions from God, directing her to reclaim her homeland from English domination. She was captured, sold to the English, tried by an ecclesiastical court, and burned at the stake. She was only nineteen years old!

Martin Luther: (1483) He was appalled to see that church officials felt they could escape purgatory by grand purchases in the name of God. He translated the bible from Latin into the language the people used, so that they could study on their own. He was excommunicated by the pope and condemned as an outlaw by the emperor.

John Knox: (1505)Lost his old faith when he studied the church fathers' (Jerome and Augustine) teachings of the ancient faith. He was considered a heretic and was made prisoner of the French and condemned to the galleys as a slave chained to an oar.

Joseph Smith, Jr.: (1805) Believed that the original church established of Christ in its entirety had been lost and refused to join any religion. He was imprisoned, tarred and feathered, and chased from his home.

Cherokee, Creek, Seminole, Choctaw nations and many others: (1831)"Native Americans suffered from exposure, disease, and starvation while en route to their destinations, and many died, including 4,000 of the 15,000 relocated Cherokee." (quote found here) I would have to say because of the lands the settlers wanted, not respecting the current residences as deserving human beings. Again, because of their beliefs.

Even though the Declaration of Independence granted freedom of religion in the States, it didn't end persecution of those who desired to follow their own hearts.

Just as the believers I mentioned above, the members of the early Church of Jesus Christ of Latter Day Saints suffered. Their homes burnt. Many murdered. Scriptures desecrated.

They were driven city to city until they fled far into the west, settling into what we know as the State of Utah.

Many died along the way, burying their children in the cruel wild. Many arrived orphans, too.
Though they endured their own Trail of Tears, they finally were able to root and grow, free to follow their beliefs.

I truly admire any and all who can stand for justice, honor and freedom.

What has your journey been like to fight oppression of those regarding your beliefs?

(photo found here)
written by Elizabeth Mueller at 12:00 AM