The Blogfest of Death

The lovely Tessa Conte is doing this awesome cool blogfest--how exciting is that?

This scene here is from my YA Rock Star, Moggie's turning point of his life. Don't be mad at me! 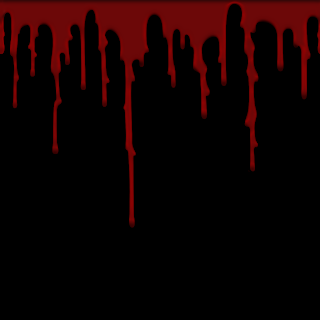 “What the . . . ?” He sat up and steadied his head from his spiraling wake. He braced himself on the ledge of the bed and yawned.

Moggie heard the ragged plea in the girl’s throat and it pushed him to full consciousness. He pushed himself off the bed and staggered out of his room. His head spun and he saw his hand splayed against wall. “Whoa.”

Moggie did not recognize the voice. It had to be one of the girls. He dashed to the loft, leaned against the banister, and gazed down into the living room. It was half dark, lit by Zag’s favorite lamp.

Red. There was red everywhere.

Moggie cried out and stumbled back, and tripped over his tangled feet. He crashed against the wall with a loud thud. “No,” he wailed. “Not again! Zag?” He called out. “Zag, where are you?”

“Where’s Zag?” he demanded. He could barely hear over the sound of his heart. His breath rushed out in loud gasps as he started for the stairs. Strange, but in his dreams, he’d never had one with a girl in it. Ever.

In his panicked rush, Moggie cursed as he felt his foot hook around his other ankle. He swore as the steps flew toward his face in slow motion. If he could just reach up and grab the banister—as he attempted to save his fall, he saw that he reached out for the steps instead.

“No!” he shouted. A snap. Numb shock. Burning pain.

He rolled and fell and crashed down the stairs.

Moggie came to a heaping stop at the bottom of the stairs. He moaned and remembered why he was there. He lifted his head, struggling to comprehend what he was looking at. Shadows. White. Some red. The back of the sofa. Nothing more. Color twirled in tight circles.

Moggie saw feet running for the door from his vantage point. He squinted. Long black hair. Lana. He remembered her name. “No, you’re not goin’ anywhere!” he bellowed. Anger whipped through him and lent him strength. He managed to climb to his feet, ignoring the vertigo that washed over him and the tingling pain in his ankle.

“Oh, yes I can.” Moggie thrust himself onto the retreating girl. She screamed when they collided. They collapsed to the carpet with a loud thump. Her body pinned beneath his weight.

“Let me go!” she squealed. She writhed beneath him, her arms trapped.

Moggie ground his teeth until he heard them scrape. He tightened his hold when she tried to move.

A soft beeping sound. He turned his face from her hair and saw the phone. The brilliant green light. It was off its hook. He reached out. His fingertips just grazing the cold surface.

The girl was fast. Up came her elbow. Sharp. Precise. Excruciating.

Moggie lost his breath and rolled to the side just enough for her to squeeze away. He fought for breath. Tears hot and bright. He turned and saw her silhouette pause at the front door. A dark shape against white.

“He deserved it,” she said. Her voice calm.

“What?” he croaked. Again, he reached for the phone, his wrist throbbing. He swore when he saw how swollen it was. A glimmer. More red. A shadow.

I hope you enjoyed this--my heart is throbbing hard with the thought of what poor Zag went through! Don't forget to go and read the other awesome death scenes!!! :)

Friday Follower guest was Lisa! She rocks, go check out her blog and become a follower! :D