Amalia from Good to Begin Well, Better to End Well, is holding this awesome Blogfest. The mysterious Dream Sequence!!!!

Don't we all love to read about dreams? In books, every dream is prophetic, otherwise, it shouldn't be there, right? Hmmm, at least that's what I think. I believe we need to be careful how we write them because it could create a false sense of reality to the reader and may cause disappointment. Dreams are very cliche, too, but if the dream is written well, I bet we can get away with it, don't you?

Here is a dream from my YA Rock Star, (how Moggie's chapter starts out--I had him recognize that he was dreaming so as to orientate the reader and avoid disappointment, let me know if it worked!): 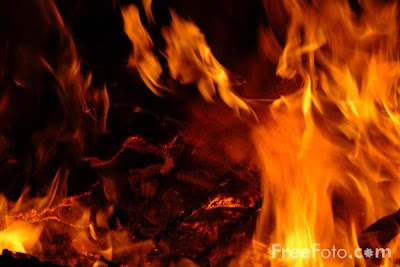 Moggie stumbled in the darkness—his arms out, fingers splayed. This had to be another one of his dreams. Twists and turns made him feel like a scrambling rat. Sweat trickled down his brow. He swore. How he hated not seeing where he was going. Frenzied whispers choked his breath. His hands shook, and his heart dropped.

All he could think was Zag lost in this upturned maze. He had to get to him before anything could happen. Just like the very real night so many years ago . . . the terror of the howling fire consumed him. He squeezed his eyes shut. It was his fault. They were orphaned before their tenth birthday. He should’ve listened when Zag warned matches were dangerous . . .

Where was his brother? Anxiety, fear, panic. A coil of molten rock in his heart. His emotions reared and kicked and thrashed.

“Zag?” he shouted into the cutting gloom, trembling. Heavy sick twisted his gut. He searched for any hope of light. The dark was suffocating and thick. Hisses barbed his skull. He clutched his ears and roared.

His breath loud. His thoughts desperate. His body reeling.

A loud thump sounded. Soft glow warmed the shadows. Moggie grinned and rushed forward. He jolted to a quick stop, his gaze round and wild. Red. Red everywhere. His jaw quivered with a gasp.

He whipped around, his fists flying. Nothing but red. He lost his balance, and collided into something hard, cold and flat. Wrenching stabs vibrated through him. He moaned and opened his eyes—though he had sworn they were open already. The knock sharpened into heavy pounding, then a deafening crash.

“Hey! What’re ya doing on the floor?” Hands yanked him to his feet, his vision hazy.

Moggie’s head swam, and his world tipped. Wait, how did he end up in the dressing room? “I—what?” He blinked many times into blaring, fluorescent lights. What was going on? A sharp ache coiled through his head and he groaned.

“Were you having that nightmare?”

“Hu?” He lifted his head and stared at a familiar face through knotted hair. A dancing blue gaze and dirty blond braids. A thrill of relief burst through him and he chortled. “Zag? Wow, yeah, I think I was.” His brother was not dead!

“You’ve gotta quit worrying about me so much,” he said with a shake of his head, a smile stretching wide.

“I can’t help it. You’re my baby brother and I swore to keep you safe.” How could Zag not see? Didn’t he realize how real these dreams felt? The agony?

Go here for more dreaming! ;)
written by Elizabeth Mueller at 12:00 AM